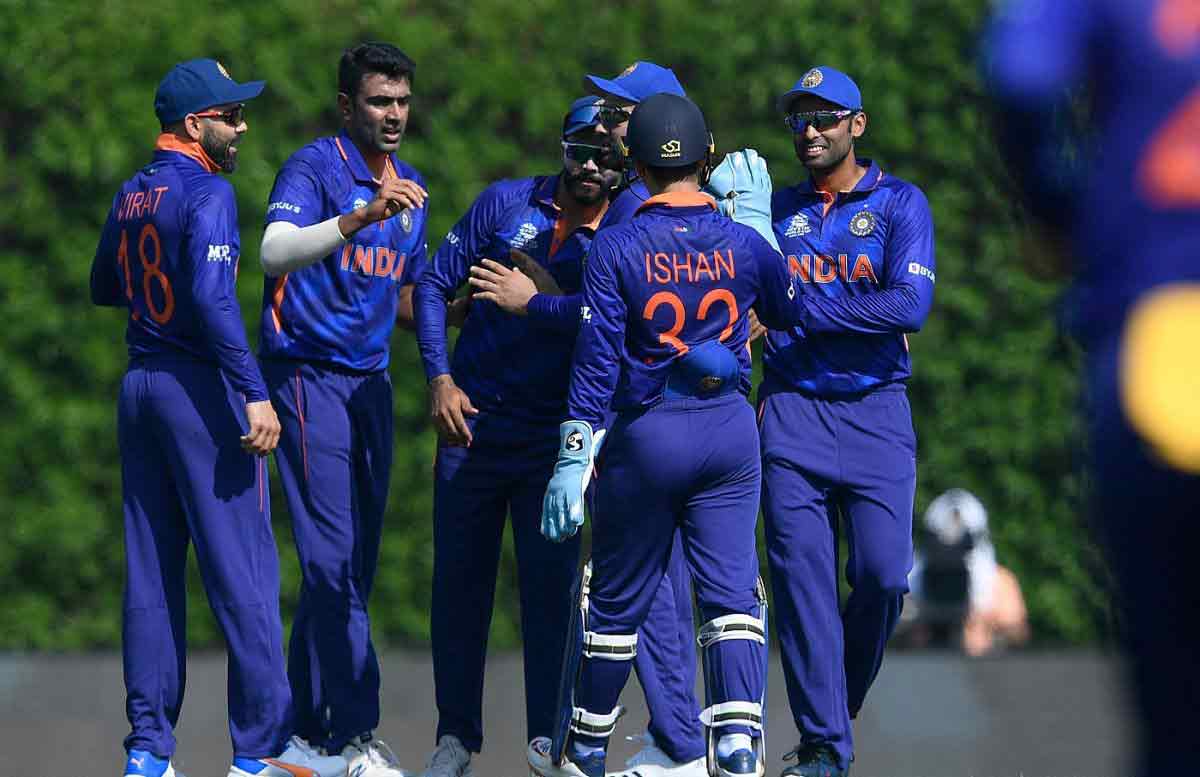 The rivalry between India and Pakistan is fierce and bitter. For both nations, it’s simply about far more than just cricket.

The fiery clashes at the borders between the neighbours have cost the bilateral series between the nations, which are no longer scheduled, meaning they only square-off once in a blue moon at ICC events.

The old foes will again resume their rivalry on Sunday in Dubai, where the Babar Azam-led Pakistan is unbeaten in their last 6 T20I, dating back to 2016.

India have a formidable record against their arch-rivals Pakistan, when it comes to the cricket World Cups. India had never lost a World Cup game to Pakistan in either the one-day or T20 formats.

India Today looks back at the five previous encounters between these two epic rivals in the tournament, starting right from its inception in South Africa in 2007.

Pakistan too had a bad start and they were reeling at 47 for at one stage, before Misbah-ul-Haq (53 off 35b) and Shahid Afridi (39 off 15b) kept Pakistan alive. However, Misbah failed to take his team home and the match ended in a tie.

The fate was decided by a bowl-out. Yes, there was no super over back then. Virender Sehwag, Harbhajan Singh and Robin Uthappa hit the stumps for India, while Yasir Arafat, Umar Gul, and Shahid Afridi missed. India won the match by 3-0, as current Indian coach Ravi Shastri in the commentary said it is feeling like a soccer game.

2007, Johannesburg: Final, India won by 5 runs
Pakistan went close to beating India in the inaugural T20 World Cup final in South Africa in 2007, but eventually Mahendra Singh Dhoni’s lineup went on to win the game when Misbah-ul-Haq’s was caught at short fine leg off an extravagant paddle shot.

Gautam Gambhir’s crafty 75, and a young Rohit Sharma’s 16-ball 30, helped India to post 157 for 5 in 20 overs. In reply, Pakistan lost a couple of early wickets, but Imran Nazir’s 14-ball 33 kept them in the match, but a sensational direct throw from Robin Uthappa ended his innings. RP Singh and Irfan Pathan broke Pakistan’s back with 3 wickets each. Misbah again led the fightback, smashing Harbhajan Singh for three sixes in an over.

Paksitan were required 13 runs in their last over and MS Dhoni gave the ball to Joginder Sharma, who started with a wide. Next ball, was tonked for a six by Misbah over long off. Needing six off the final four balls, Misbah did the unthinkable and went for a scoop shot and Sreesanth, standing at short fine leg took the famous catch. The victory started the MS Dhoni era in world cricket.

2012, Colombo, India won by 8 wickets
It was a one-sided contest with India registering a comfortable eight-wicket victory. A clinical bowling show bundled out Pakistan for 128, the lowest total in the Super Eight stage of that edition. Virat Kohli, single-handedly completed the chase for India with his 61-ball 78. India won the match with 3 overs to spare.

2014, Dhaka, India won by 7 wickets
Another comfortable victory for India as they hammered Pakistan by 7 wickets. India restricted Pakistan to 130 for seven, with leg-spinner Amit Mishra (2/22) the most successful bowler. India comfortably chased down the target in 18.3 overs with Shikhar Dhawan (30), Virat Kohli (36 not out) and Suresh Raina (35 not out) all contributing equally.

2016, Kolkata, India won by 6 wickets
India outclassed Pakistan by six wickets in front of a roaring 61,337 fans at the Eden Gardens.

It was rain reduced to the 18-overs match. Shoaib Malik and Umar Akmal's 48 runs off 32 balls partnership helped Pakistan finish 118 for five. Mohammad Sami and Mohammad Amir picked three wickets between themselves to rattle the top order before Yuvraj Singh soaked in the pressure to score a 23-ball 24, added a match-winning partnership of 61 runs with Virat Kohli (37 off 55) as India chased down the target in 15.5 overs.