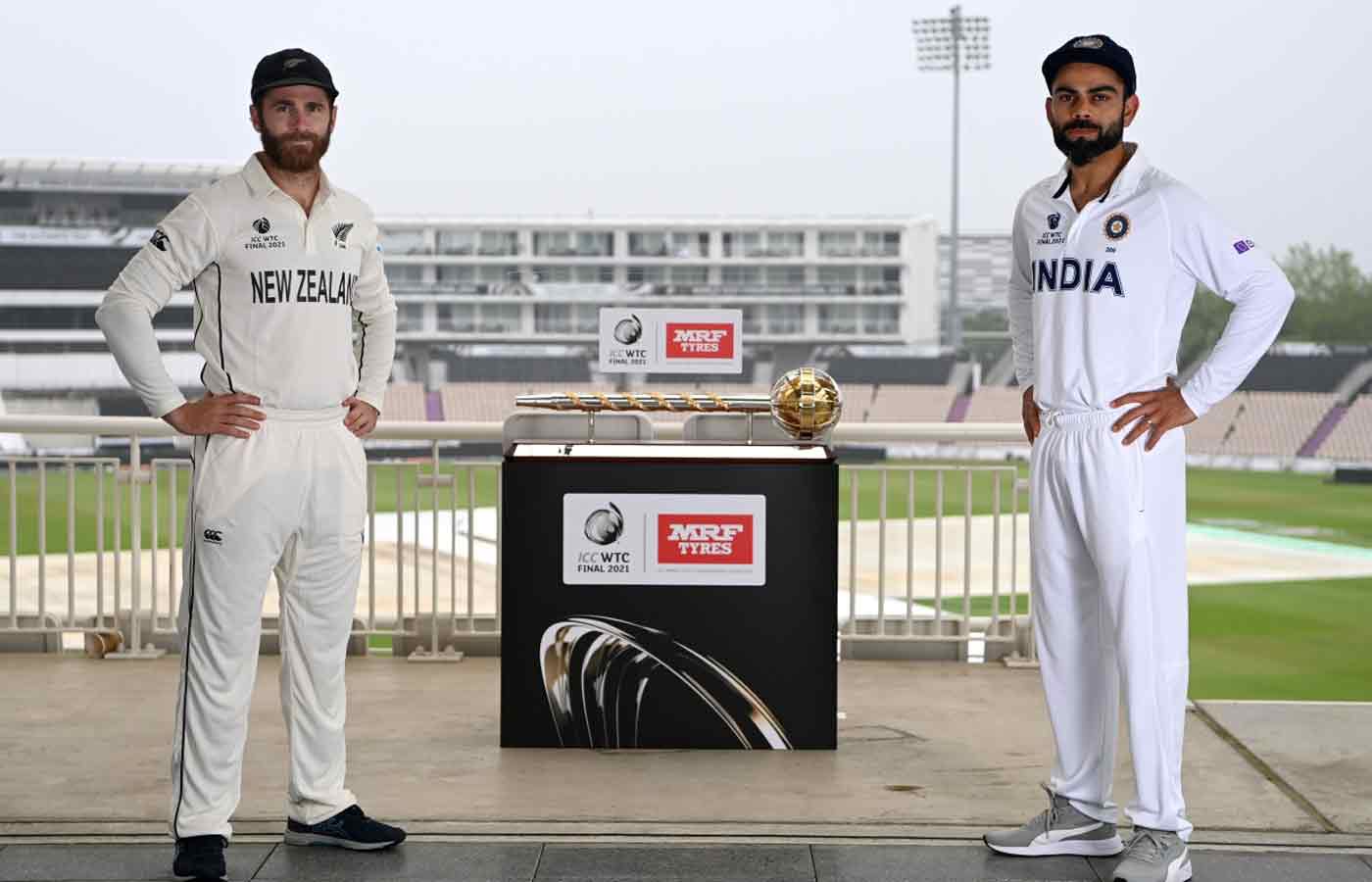 The inaugural ICC World Test Championship (WTC) Final between Team India and New Zealand will begin 30 minutes before the scheduled time in Southampton from Friday.

The match was scheduled to begin at 3.30pm IST (11am BST), like all Tests in England, but will now start at 3pm IST (10.30am BST). Virat Kohli and Kane Williamson, the two captains for the game, will walk out for the toss at 2.30pm IST instead of at 3pm.

Notably, the WTC Final was shifted from the Lord's in London to the Ageas Bowl in Southampton as the ground's facility has hotel accommodation to guarantee a bio-bubble.

The Indian cricket team announced its playing XI on Thursday, naming both off-spinners Ravichandran and Ravindra Jadeja instead of a four-pronged fast-bowling attack.

Seamers Jasprit Bumrah, Ishant Sharma and Mohammed Shami have been picked ahead of Umesh Yadav and Mohammed Siraj for the one-off Test. Rishabh Pant will keep wickets, keeping Wriddhiman Saha out of the side while Hanuma Vihari also misses out.

New Zealand are yet to announce their team for the WTC Final even though captain Kane Williamson said everybody is fit and available for selection.

"Everybody is fit in the squad. My elbow has improved thanks to the injection a few days back. We haven't finalised the squad yet, we will do that a little later," Williamson told reporters on the eve of the summit clash in Southampton.

India start as favorites because of the greater options at its disposal, but will go in under prepared whereas New Zealand warmed up well in the Tests against England and dominated both, winning the second match at Edgbaston inside 4 days without the likes of Williamson, Tim Southee and wicketkeeper BJ Watling.